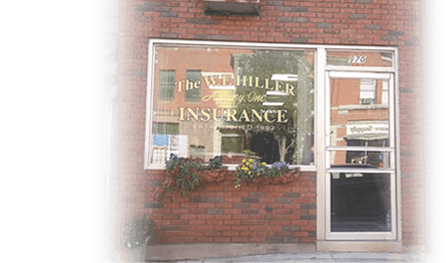 Each have served in the military: John A. Hiller, Sr. in WWI; John A. Hiller, Jr. in WWII; and John Scott Hiller in the U.S. Air Force. The latter two retiring as Lt. Col. in the reserve forces of the U.S. Air Force. All Hillers have worked with local services, along with veteran and fraternal organizations in the Tyrone Community. The W F Hiller Agency, Inc. is located in the historic Hiller building built by John Adam Hiller in 1872. The W F Hiller Agency, Inc. has been Tyrone’s trusted insurance agency for over 100 years. We work with local customers to provide insurance products that include:

Call us today at (814) 684-3340 or contact us online for a quote, or to speak with our insurance agents about our many options. We work with various companies to provide affordable insurance for those across Central PA. William Frederick Hiller 1856 – 1919. Born in Tyrone a year after the family settled in Tyrone. Worked for his father, John Adam Hiller (originally from Germany – came to Pittsburgh in 1846 before moving to Tyrone in 1855) in the saddle and harness business on the first floor of the Hiller Building (where the Insurance Agency is today). Family lore is that he had arthritis and wanted a job where he didn’t have to use his hands. WF started the Agency on 02 February 1892. Six weeks later, he married Sarah Valentine as he “wanted someone to do the paperwork”. The office was on the second floor in the living room. He and Sarah had four girls (one set of twins) and four boys, seven children survived to adulthood. John A Hiller, Sr. THS Class of 1913  – he is in  the 3rd Row, fifth from left side, Tyrone High School Class of ‘13 graduation photo. John was the one who moved the office to where it is now: 970 Pennsylvania Avenue, Suite 1, upon the death of his father, and John’s return from WWI in 1919. 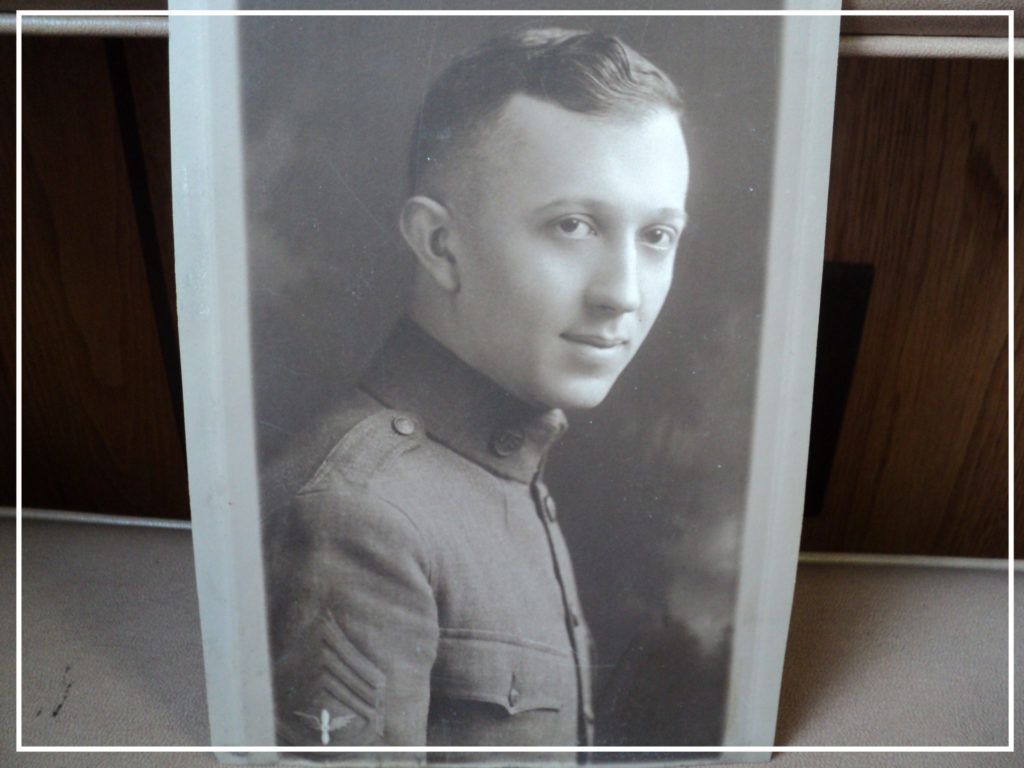 Staff Sgt John A Hiller Sr – John A. Hiller, Sr. served in the US Army in WWI, reaching the rank of Staff  Sargent. He was in the Signal Corps and stationed in Oregon. His unit cut lumber for airplanes. Please note the wings in his Sargent Stripes. The family states it is connection to the United States Air Force with his service

2nd Lt (Jack) John Hiller B-17 Crew – John A. Hiller, Jr. (Jack) is fourth from left in the second row. The picture was taken in front of a B-17F (“Flying Fortress”) while undergoing training at the then Rapid City Army Air Field (now Ellsworth AFB, South Dakota) just before Christmas, 1943. 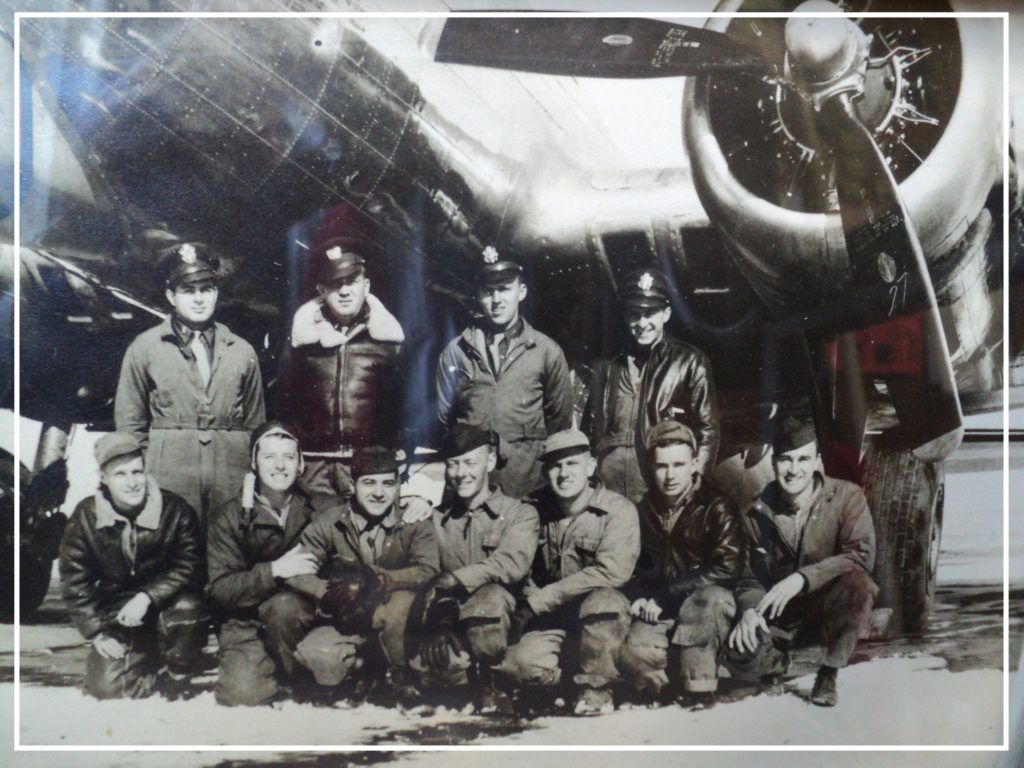 2nd Lt. Jack Hiller B-17 Crew – Here he is posing with his crew in front of the B-17G “Tailwind” prior to their  departure from Rapid City Army Air Field (now Ellsworth AFB) for  Station 131, Nuthumstead, England, in late March 1944. Jack was the bombardier of the crew, responsible for aiming and dropping the bombs on the target of the day. The Bombardier flew the aircraft by automatic pilot from the IP (Initial Point)j until bomb release. His position was in the glass nose, and also fired the .50 machine guns in the nose turret, should enemy fighters attack the nose of the aircraft. 1st Lt. Jack Hiller taken after WWII and his return home, after spending 11 months as a POW. He was shot down on his 15th mission after bombing Hamburg, Germany. The pilot crash landed the airplane in a wheatfield South of Hamburg, with two engines out on the same side, with the outboard engine windmilling. Three hours later, Jack was a POW. 1st Lt. Scott Hiller B-52D Copilot Here is Scott in front of the 60th Bombardment Squadron (H) patch and building at Andersen AFB, Guam in 1976.  Scott was a copilot in Boeing B-52D’s (“Stratofortress”) and had 670 flying hours in that type of aircraft, before leaving for Maxwell AFB, AL, and CT-39A’s (Sabreliner) in 1977. Note the beeper in his left pocket. This photo must have been taken when he was on alert. A1C Jill Hiller salutes Lt. Col. (Ret) Scott Hiller In April 2013. Airman First Class Jill D. Hiller (now Jill H. Odoms) graduated from Air Force Basic Training at Lackland AFB, TX, in front of the type of airplane (B-17) that her Grandfather, Jack Hiller flew in WWII. Her sister, Jody, and her Uncle Lt. Col. (Ret) James B. Hiller (Air Force) also attended. Her grandfather was there in spirit, having died the week before. Jill did a six-year enlistment in the Air Force, making 4 generations of Air Force Blue.